TW: SuicideAfter I came to terms with my blindness, my life took on a new purpose. I began a YouTube series called ‘Blind Guy Tries’ and documented my experiences there. People liked my content and a few days later I got a call for a job,” says Axn Sadokpam, who lost his eyesight in 2017. Axn Sadokpam, originally from Manipur, is currently employed with Great Place to Work as a Content Community and Campaign Analyst. He shares with us his journey. Axn lost his father in 2016 due to a brain tumour; in 2017, he lost his sight due to a genetic condition. His mother was a heart patient. It was difficult for him to process these occurrences. He went from experiencing the beautiful wonders of the world to not being able to see his mother and his sister.It took a toll on him. He was uncertain if the loss was partial or if his eyesight would continue to deteriorate. His ADHD further led to severe depression. He developed suicidal tendencies.“The financial situation was weak and I was trying to adapt to life without vision. There was a huge loss of self-confidence. I feared failing at life. There was an opportunity for me to move and start an unknown journey. I took it. I tried everything for nearly two years, from business development to communication jobs, but nothing worked out. Even with freelancing voice-over work, projects rarely came. The funny thing is, I worked on and completed a web series project last year, and I still haven’t gotten paid or heard from them,” he says.Sure, there was self-doubt but he addressed it by creating and improving content for his Youtube channel. His consistency paid off. When the Atypical Advantage team came across his work, we got in touch with him about a position that fit his qualifications and skills.A few weeks later, he received a job offer, “Working with such a big company and creating content for them is a first for me. The best part is that the company gave me time to settle in, learn and improve. I couldn’t be happier to have this opportunity to do what I love and create an impact with an inclusive organisation,” he adds. Axn has big plans for the future, but he says he needs to start small. He believes there is always a way. “I have fallen many times, but the important thing is how you get back up. It's BACK UP, not back down. I concentrated on honing my talents and skills when no one was hiring me. I did a meditation to improve my mental health,” he says.What message would you like to give to companies that want to practice inclusive hiring? “Learn what disability is. Get informed on different types of disabilities and understand what a candidate will bring to the table despite their limitations. Well, it will surprise you if you hit the right note with us. We don’t need charity, we need opportunities,” he concludes. 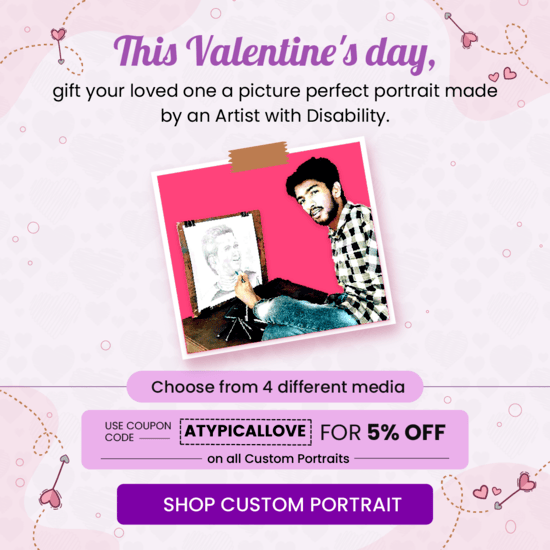