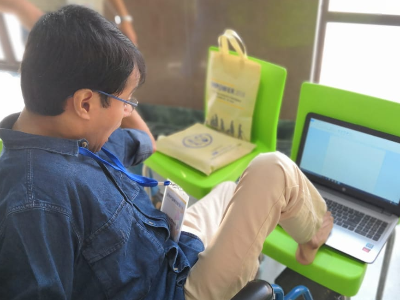 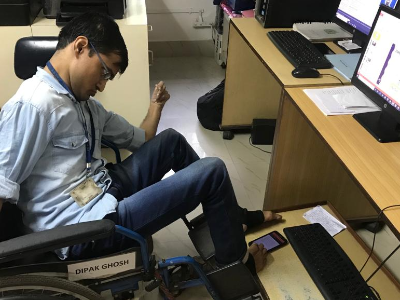 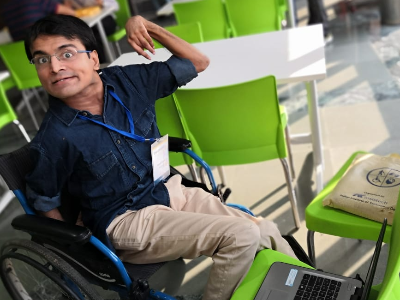 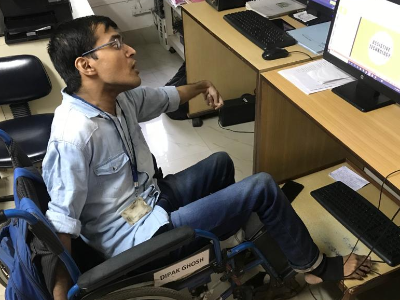 Dipak Ghosh has been working at IICP since 2012 as an IT and advocacy trainer. He is an Augmentative and Alternative Communication {AAC} user. He speaks with the help of a text-to-speech app with the help of a tablet while doing everything else with his feet. He has been working as a graphic designer since the beginning of his career. He is skilled in text animation, video editing, and sound design. He also loves writing poems. He has his own YouTube channel and 2 Facebook pages. Dipak received the Best Creative Adult Award from West Bengal in 2011. He can do all kinds of desktop publishing. For example- logos, business cards, greeting cards, book covers, letterheads, Facebook covers, YouTube covers, YouTube thumbnails, flyers, banners, posters, etc.